The International Conference on Computing in High Energy and Nuclear Physics (CHEP) is a major series of international conferences for physicists and computing professionals from the high energy and nuclear physics community, computer science, and information technology. CHEP provides an international forum to exchange the experiences and needs of the community, and to review recent, ongoing, and future activities. CHEP is held in every one and half a year, and in 2015 it is held at Okinawa Japan. 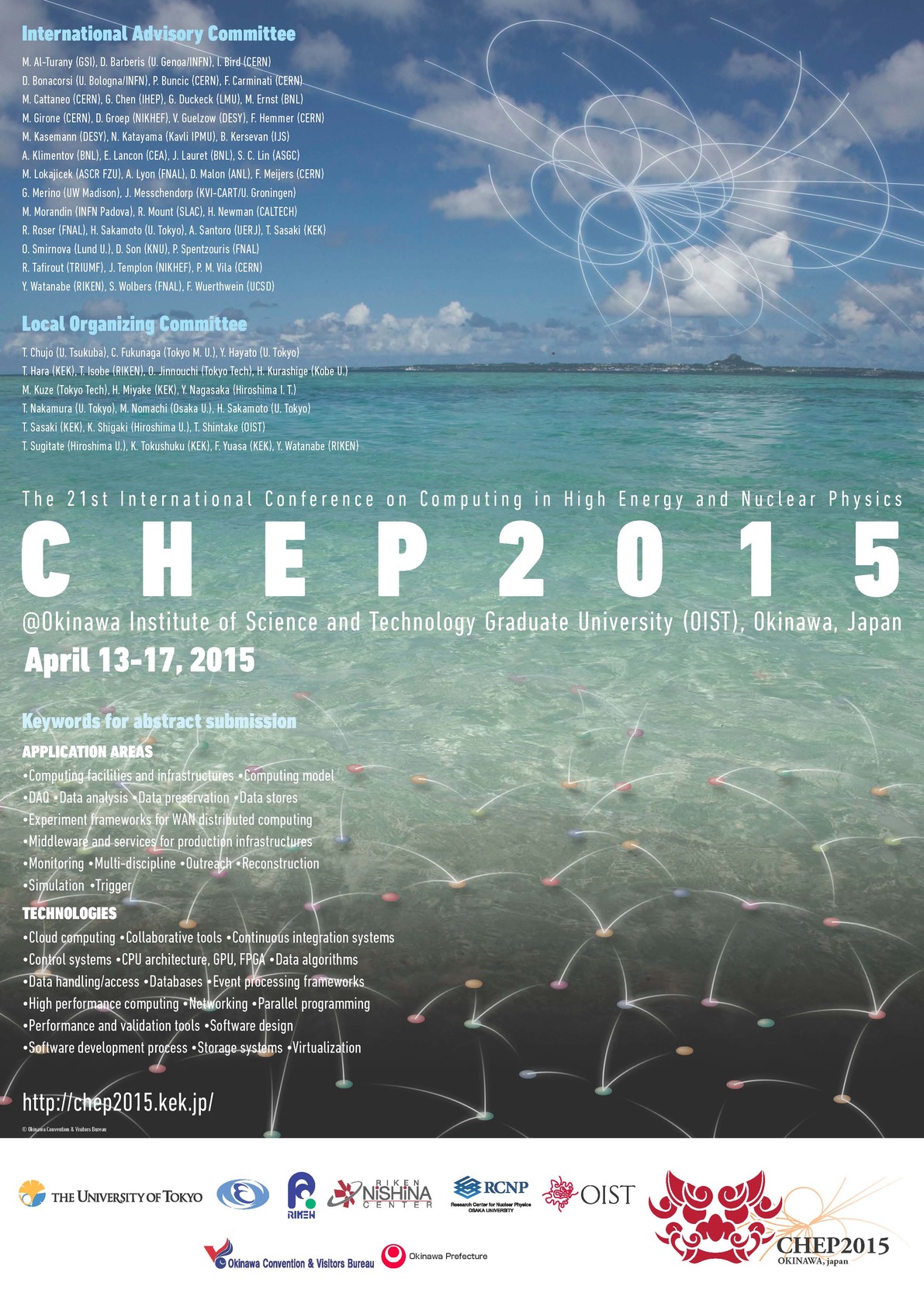